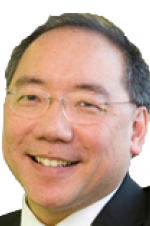 Developed several new treatments and surgical techniques from discoveries in the laboratory used around the world, including the Moorfields Safer Surgery System for glaucoma

Supervised over 35 PhD and MD theses

FCOptom Fellow of the College of Optometrists (Honorary)

FARVO Fellow of the Association for Research in Vision and Ophthalmology

FRCPath Fellow of the Royal College of Pathologists (Elected)

FMedSci Fellow of the Academy of Medical Sciences (Elected)

FRSB Fellow of the Society of Biology (Elected)

Awarded Senior Investigator (one of 200 in the UK) status by the National Institute for Health Research (2008, re-awarded in 2013)

Professor of Glaucoma and Ocular healing, University College London, since 1997

Director of Research and Development since 2008

Any other personal interests/background information that may be relevant:

Professor Khaw also heads the wound healing and ocular repair team at the Institute of Ophthalmology.